Lust
The obsession with personal gratification and/or pleasure.

Wrath
Wrath is the uncontrolled hatred for someone or something, and the unquenchable desire to exact revenge on said object/person. The wrathful person feels he *must* seek retribution on the focus of his anger and is usually so consumed by his rage that he usually cannot calm down after the revenge is complete.

Greed
The tendency to want more than you need. This can be wealth, power, or personal possessions. Usually, greedy people seek to add to their collection through any way possible and with no regard to others. It doesn't matter if others need the money, power, etc. to survive; If the greedy person sees it, he/she will do anything to acquire it.

Sloth
Extreme laziness. Slothful people feel that everything should be done for them, and will refuse to do anything for themselves. Such people would usually not get a job, even if they need to, sleep for most of the day, and then lounge around for the rest of it. They have no desire to do anything that would require any amount of effort or work and would usually pass off those responsibilities to other people.

Pride
Interchangeable with Vanity, Pride is the over-exaggerating of one's abilities or accomplishments. Prideful people usually inflate their own worth far over what it should be, and in the process, over-inflate their egos, as well. They tend to act high-and-mighty and consider themselves of far more importance to people than they really are. 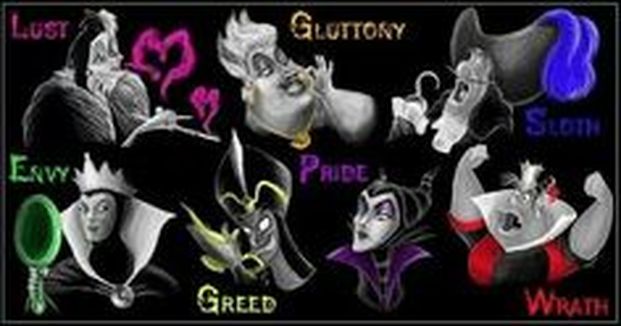 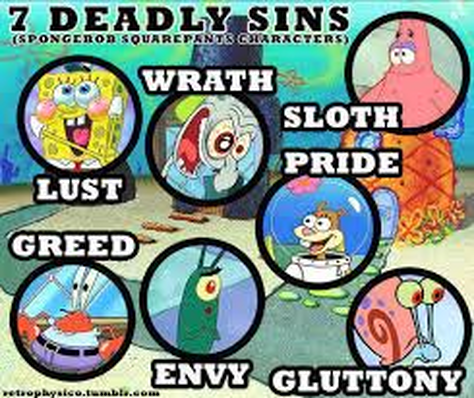